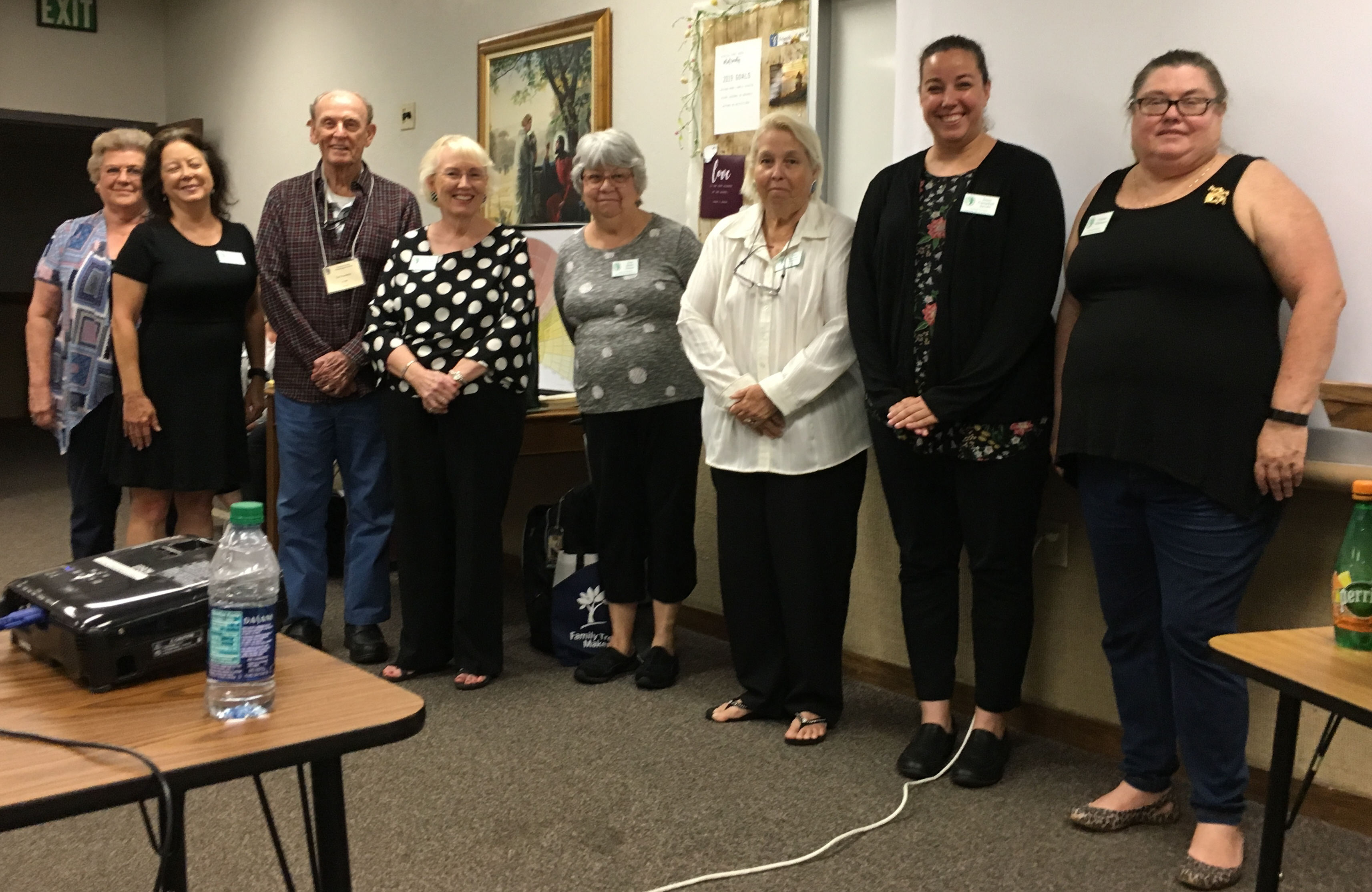 We are located in the Orlando Florida area to serve genealogists from, and those with ancestors in, the Central Florida area. We hold over 120 meetings a year. Both our general and daytime meetings feature a speaker covering a topic of interest to genealogists and local history researchers and we have seven special interest groups on various topics of interest to genealogists. CFGS holds occasional social activities which provide a special time for friendship and fellowship. Several committees, including Education, Hospitality, Membership, Publications, Special Events, Ancestry Revealed and others, provide volunteer opportunities for member involvement. We currently have over 290 members

For more information about how CFGS is organized and run, please see our Current Bylaws

If you have a question for us, please email [email protected]

The benefits of joining CFGS are:

Our members’ only webpages, which contains hundreds of articles of interest to genealogists, including all of our society quaterlies, going back 50 years.

Access to all the Power Point and other presentations of the CFGS Special Interest Groups: England, German, Irish, Italian, and Scottish, Family Tree Maker and Roots Magic software, and DNA as it relates to genealogy.

FREE webinars presented on occasion by other societies across the country.

Recognize anyone in this “blast from the past” 2002 photo above? Many  of them you still see at our meetings. From left: Judy Weinberg (standing at podium), unknown, Past President Larry Kirkwood, Past President Lynne Knorr, Paul Enchelmayer (a future president), Betty Jo Stockton, Gladys Paulin, Mary Phillips, Marie Santry, the late Rose Hogan, President Elaine Powell, and Past President Sim Seckbach.

Past Presidents of CFGS